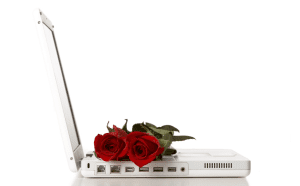 In today’s world of software, people are used to being seduced by personal applications that make things simplistic…like Google or Facebook. They now expect that business software will follow suit.

Wikipedia defines seduction as the process of deliberately enticing, corrupting, persuading, or inducing a person to engage in behavior. The word seduction stems from Latin and means literally “to lead astray”. As a result, the term may have a positive or negative connotation.

Seen positively, and in colloquial terms, seduction is a synonym for the act of charming someone by appealing to the senses, often with the goal of reducing unfounded fears. And as all financial teams well know – budget time can generate fear among constituents!

So what does it take to seduce your users into the budget system – to appeal to their senses and reduce fears? Well, let’s learn from some practical examples. Let’s take Turbo-Tax, maybe the world’s most popular business application.

Organizations should focus on the functionality that improves usability, including:

Simply stated – users will put up with less crap today than they used to with respect to business applications. Therefore, they need to be encouraged…or seduced.

Learn more about the XLerant philosophy engaging users and the key features that improve usability for the budget process.