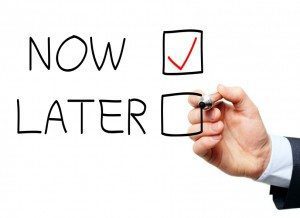 We like to invite others to share what’s on their mind. Today Ted Dacko, the CEO of XLerant. Inc. speaks out on the topic of the inertia that can slow (or even stop) progress.

Ted has been CEO of four other software firms prior to XLerant. Most recently, Ted was CEO of HealthMedia which he grew from zero to $40M before selling the company to Johnson & Johnson. Ted has extensive experience in budgeting as he has held senior positions with Hyperion, Orion Micro Systems, Comshare, Corporate Class Software, FAME Software and Interactive Data Corporation, all of which offered budgeting and planning software. Ted has an M.S. in Mathematics from The College of William and Mary and a B.S in Mathematics from Waynesburg University.

Many higher education institutions struggle with Excel-based budgeting. That pain is being felt acutely today for a number of reasons, and senior level scrutiny of the process has increased dramatically. Budgeting has risen from a nice-to-have process to mission critical for colleges and universities. A number of factors have driven this, including financial constraints of edu, complaints about lack of user flexibility, lack of faculty and staff participation in and ownership of the budget, complaints about the horrendous potential of Excel errors, complaints about managing the tsunami of spreadsheets and the programming required to maintain the system, and executive complaints about reliability of the numbers and how long it takes to get their questions answered about the budget.

All of these factors have combined to make better budgeting a must-have for colleges; and many recognize the need for change. But when is a good time to think about implementing a new budgeting process?

Think about this from a calendar perspective. Higher education deals with a June 30 fiscal year end. So July is not a good month due to year-end closing. August is not a good month due to vacation and preparation for the new academic year. September is not a good months since students are returning and the organization is consumed with other issues. The budget process can begin in October, so this is not a good month. December has final exams and many institutions shut down the last two weeks. January brings the beginning of a new academic cycle. Most institutions are still wrapping up their budget process in February and March. April and May bring end of semester issues and by June many faculty and staff members have disappeared.

So, when is the best time to implement a new budget system? There is no good time.

Most institutions have to bite the bullet and “Just Do It”. Having the budget vendor, who should have extensive experience in the edu market, and who should handle the full implementation, is a key. If the vendor has dealt with the needs of edu before and understands the unique challenges, then the vendor can become part of the finance team during the implementation and handle the implementation, data loading from historical sources and both the administrative training and the faculty and staff training. Also, a vendor who can handle a full implementation in both a cost effective manner as well as within a 6 week time frame is crucial.

Colleges and universities have implemented the new system at various times of the year but the two most common time frames are March/April/May and September/October/November. This allows for the system to be used for the upcoming budget cycle. It is important to note that some organizations have implemented outside of these windows as well.

So while there is not perfect time to replace the Excel-based budget system, the need to do so is critical. Colleges and universities are quickly learning that it is unacceptable to have a mission-critical application running in a spreadsheet system that lacks both user flexibility, financial controls and does not allow for the proper communications and audit trails required in today’s world.