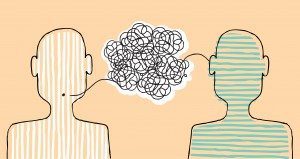 Managers and Accountants speak two different languages, so you need a Rosetta Stone to interpret.

If you don’t remember the story, Egyptian hieroglyphics were a complete mystery until the discovery of the Rosetta Stone. The inscription on the stone records a decree that was issued in the year 196 BC. The decree appears in in ancient Egyptian hieroglyphs on the top portion, and in Greek in the lower half. Greek scholars were able to then TRANSLATE one language into another because of that.

Now if the case of budgeting, you need to allow managers to develop budgets in ways that make sense to them, while ensuring the needs of accounting are met. And the chief requirement of accounting is that no matter how a manager wants to think about or develop his or her budget, eventually it needs to be translated into General Ledger Accounts.

When you have the Rosetta Stone you can do that, and speak in both languages – accounting speak and manager-speak. When you understand each other, everything gets better.

We have a client, the US Headquarters’ of Europe’s largest defense contractor, that not only has to deal with their outside auditors, they also have to deal with GOVERNMENT auditors. Imagine how much fun that is that. Well guess what, by being able to tie their budgeted spending to initiatives and projects, those reviews with the Government auditors wound up being much smoother and faster as well. That was a completely unintended consequence, but they were very happy about it nonetheless.

This Rosetta Stone concept is pretty important, so I want to explain this concept just a little further.

As we mentioned above, people outside of Finance then to think in terms of Strategic Initiatives… or Marketing Campaigns or Events or Programs Or IT Projects, Training Programs, One-Offs, you get the point.

You need some form of Rosetta Stone to translate all these projects events into accounting-speak, or more precisely, into their proper general ledger accounts so the budgets can be rolled up.

If you have this type of translation capability, or Rosetta Stone, you improve communication because not only will you be able to bridge the gap between manager-speak and accounting-speak, but with this insight into where the money is really going, you’ll have much better, much more meaningful, budget reviews.