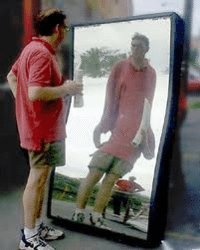 People who study purchasing behavior have discovered a curious phenomenon they call Impact Bias. It’s a tendency to overestimate the impact a particular change will have.

There’s another phenomenon called Focalism; the tendency to magnify the importance of one thing until it overshadows everything else.

Taken together, Impact Bias and Focalism distort reality, like a fun house mirror, and lead to bad decision making. What makes it so insidious is that we’re often blind to when we’re falling prey to these natural tendencies ourselves (even though it’s easy to see someone else making these mistakes).

Suppose Roger, an Assistant Controller for Acme Company, wants to improve his company’s budgeting and planning process. As part of that effort, he explores some technology enablers in the form of budget software.

What matters to Roger? Well, he’s got problems running the budget process with excel spreadsheets. Broken links and formulas make rolling up the number precarious. Even closer to home, he manages a spreadsheet that predicts revenue based on some very complex formulas and interdependencies.

So what does Roger want? A budget system that can roll the numbers up with 100% reliability, and to ditch that Revenue spreadsheet.

Here’s how Roger can step in it (forgive the expression).

IMPACT BIAS: Currently, Roger takes days to double check formulas and verify the accuracy of the roll ups. So to have that done automatically and with 100% accuracy would be a great time saver for him. In fact, it’s intoxicating. But the benefit to the broader organization is less — since the roll ups are reasonably reliable today, albeit with manual effort. Impact bias in this example happens when Roger magnifies the benefit of automating accurate rolls ups.

FOCALISM: The Revenue spreadsheet Roger manages contains nested what-if statements and a complex interrelationship of drivers. Roger would love nothing more than to ditch it by replacing it “in a budget system.” That becomes his point of focus, so much so that it overshadows everything else.

And what is everything else?

Focalism and Impact Bias have distorted Roger’s decision making process. The result? Roger spends money on a new budgeting system that might produce accurate roll ups and replace his Revneue model – but fails to deliver real change to the organization or lasting value to the company.

It happens all the time. So how do you guard against it, how do you avoid making costly mistakes, how to counteract the tendency toward Impact Bias and Focalism?

That’s the subject of our next blog.