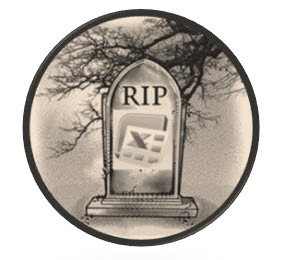 Every ERP System and General Ledger system today has some sort of budgeting module, undoubtedly yours does too. Or you’ve got some other choice other than Excel for budget development. But having said that, most organizations have rejected these alternatives have opted to stick with Excel. Why is that? Well they were not that impressed with what they saw to be frank about it.

Reminds me of an old joke. An old man died, and at his funeral the minister asked if anyone had anything to say about him. Silence. Anything at all. Silence. “Surely” the minister said “Someone must have something nice to say about this man.” And from the back of the room someone intoned “His brother was worse.”

I think we’re in a “His brother was worse” situation here. We stick with Excel for budget development because it’s the lesser of all evils. Or we buy into the conventional wisdom that everyone knows and loves Excel. But here’s a wake up call. We Finance people know and love Excel. Everyone else in the organization may know it, but they don’t love it.

It would be wrong to choose Excel simply out of convenience or conventional wisdom. We’ve got to be smarter than that. Budgeting is a mission critical application and it deserves the best possible solution to achieve it.

So why is Excel a bad platform for budget development? We’ll if you actually want your line managers engaged in the process it’s got serious limitations. It’s not end user friendly, and it’s simply not what your line managers would use if you gave them a choice between that and something that was as easy to use as, say Turbo-Tax. And don’t make the same mistake your IT systems people made in the past by picking some application on your behalf because THEY thought it was easy or the most powerful.

Okay, those are some generalities, let’s get a little more specific. Excel has a MAJOR shortcoming when it comes to the choice you have to make as a Finance person between flexibility and control. Here’s what I mean. When you’re creating your budget templates you face a damned if you do, damned if you don’t decision. If you allow users flexibility, then there’s a good chance that they’ll break a formula or sever a link or cause you headaches down the road when you need to consolidate all the spreadsheets. That’s the reason why so many of you choose to lock down the budgets templates. But now your users hate you because they can’t budget the way they want to, the way they think of their business. So you’re damned if you do, damned if you don’t.

Another thing that becomes just so onerous in Excel that people stop trying — is budgeting by strategic initiative. It requires setting up specialized spreadsheets and templates… and is just so cumbersome and prone to error we tend to turn away from it. But being able to budget by strategic initiative, marketing campaigns, IT projects and all the like is a CRITICAL component of the mega trends. Once again, Excel comes up woefully short. As it does with detailed salary or asset planning.

So what type of disruption factor are we talking about here? Well, in all honestly, it’s most disruptive to the Finance organization which has been using Excel since birth. But since we have primarily Finance people on the phone today, that’s important to recognize. But here’s the other thing that’s important to recognize. If the only tool you’ve ever used is a hammer, everything looks like a nail. Right? Well the analogy here is if all you’ve ever used is Excel, all problems are dealt with in a spreadsheet. Don’t get locked into that mindset, be open to a better way.