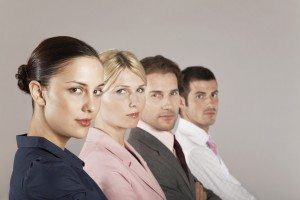 We have seen an amazing amount of changes to budgeting and planning over the last 18 months. So why now, what’s triggered these trends?

Well, the first one is pretty obvious. It’s the economy stupid. The absolute need to do more with less. Budgeting is all about managing resources and that tends to get a lot of attention in a tough economy.

And speaking of attention, there’s more Board scrutiny now than ever before. The Board wants to know what the plans are and how they’ll be achieved. And if those plans aren’t being achieved they want to know why. And not just the 60,000-foot explanation. They’re really holding executives accountable – did you do what you said you were going to do?

And that accountability is now being felt everywhere, not just with the senior executives. And if people are going to be held accountable – which they are – then they’re not going to passively sit back and be handed a number and told “there’s your budget.” No way. They want to know what’s in there and whatnot. And the smart ones don’t want to just UNDERSTAND their numbers, they want to develop them, they want to drive them.

And the last point here, everyone better be on the same page. It’s simply unacceptable for something to slip through the cracks… or to debate which budget is the right budget in the middle of a budget review session. Now the unfortunate thing is when somebody says “That’s not MY number” who gets the blame for that? It doesn’t matter who’s actually at fault, it’s Finance that gets blamed for the breakdown in communication. We’ve all been there. All eyes in the room turn to you to explain it. More often than not, there simply isn’t a good answer.

There are probably more reasons than these for the trends we’re seeing, but this is driving a lot of it.