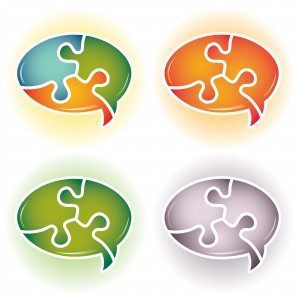 Most of us know what a Forecast is, or you wouldn’t even be a reader of this blog. It’s a projection. But what makes a rolling forecast, well… rolling?

That’s the heart of the matter and that’s where we want to focus our attention.

The organizations I’ve worked with have all produced an annual plan/ budget. It goes by a lot of names (when I worked at Pepsi we called it the AOP or Annual Operating Plan). That’s the budget that gets approved by the Board of Directors, and is the foundation for executive bonuses.

The budget is blessed, and then the year begins. Things change. Some of what we thought would happen didn’t. Other things we didn’t think would happen did. Surprise. So the organization comes up with a new projection based on X months of actual results and Y months of projections. This, as we know, is called a forecast.

Most commonly, each quarter a company produces a balance of year forecast. Some organizations do it more frequently than that, perhaps every month. At Reader’s Digest we did a formal forecast on a quarterly basis, but would also produce a forecast on a dime if something important happened and we wanted to see what the financial impact might be.

If the preceding paragraph describes what your organization does, then you’re doing a rolling forecast. Congratulations.

You get the idea.

So how does, say a rolling 4 quarter forecast, compare to what most companies are doing today? We’ll let’s look at that.

For our example, let’s take a company that has a calendar fiscal year. They start their budget process in Q4 of the current year, and produce a balance of year forecast each quarter. That’s pretty common. So what does their planning calendar look like?

You can see that they produce a balance of year forecast each quarter, and in Q4 they budget for the following year.

Well, with the rolling 4 quarter forecast, the company is peering into the next year earlier than with the traditional planning calendar. But not a full year basis; the view is isolated to specific quarters.

Is there more to rolling forecast than that? There can be. Some proponents of rolling forecast also recommend that the company produce forecasts by creating complex algebraic formulas (also known as financial models) to “automatically” produce projections based on the input of key variables. But exactly how a company goes about creating their rolling forecast projections is ultimately up to them.

So how does a rolling X quarter forecast calendar address the problems that organizations have with planning/ budgeting? That’s the subject of the next blog.