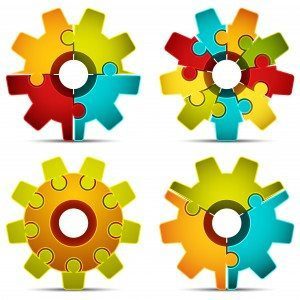 In part two of this series we looked at what a Rolling Forecast actually is — what the basic tenets and mechanisms are. In this last part of the series we will assess the efficacy of Rolling Forecast in meeting these common problems and challenges.

The basic idea of rolling forecast is that each month or each quarter the company does a financial projection that looks out X months or quarters.

ASSESSMENT. The theory behind Rolling Forecast is that if the organization is doing a projection every month or every quarter, then the annual planning process will become “just another forecast.” However, there is little hard evidence of that. Doing monthly forecasting does not, on its own, appear to reduce the amount of time an organization spends creating the annual plan.

There are a lot of reasons for this, but among the more obvious ones is this; the Board of Directors approves the Annual Plan, but not interim forecasts. And the fact that the organization is now producing a projection every month or quarter may in fact mean that the total employee-hours a company spends in the process goes up, not down.

Common Complaint 2: Line managers are reluctant to participate in the process (“I’ve got better things to do”).

One suggestion often made in conjunction with making the process a rolling one, is to create financial models that take assumptions and translate them into financial projections. The idea is by asking managers just for a handful of assumptions, they might be more willing to participate.

ASSESSMENT. If managers were reluctant to participate in the annual planning process, it’s doubtful they’ll be any more willing to participate each month or each quarter in a rolling forecast. Even if you’re just asking them for a handful of assumptions. If managers think it’s a waste of their time to begin with, simply wasting less of their time won’t make them willing participants.

Common Complaint 3: There’s a lack of buy-in and commitment to the numbers.

This is a big issue. The theory with Rolling Forecasting is that if you have a financial model and ask line managers for assumptions to feed the model, they will own their assumptions.

Common Complaint 4: The process can devolve into a mechanical exercise, not a business process that drives results.

We mentioned earlier that one suggestion often made in conjunction with moving to a rolling X quarter forecast is to create a financial model; one that produces a projection based on variables input into the model.

ASSESSMENT. Moving to a process that relies on Finance’s ability to construct a model of the business makes the problem worse, not better. It reinforces the notion that the planning process is a mechanical exercise run by Finance, not a business exercise to drive results.

Common Complaint 5: The world changes. Assumptions made in the budget turn out to be wrong or incomplete.

One of the core, fundamental tenets of Rolling Forecast, is that budgets are outdated the moment they are approved. Therefore, the thinking goes, a rolling forecast, based on more up to date assumptions, will provide a better projection.

ASSESSMENT. We saw in a prior blog post that most organizations today are doing inter-year rolling forecasts (i.e. they’re doing a balance of year projection each month or quarter). The added benefit of rolling that forecast into next year is unclear.

A point that proponents of Rolling Forecast often make goes along these lines, “The annual plan looks out 12 months. A lot can change in 12 months, who can say what the world will look like then, much less budget for it.”

The larger question of course is why does your current process produce bad results to begin with? That’s more than what we have space for in this post, but will be the subject of future blogs.

SUMMARY: Rolling Forecast, like Zero Based Budgeting, Value Planning, and Activity Based Budgeting, all have their merits. But before committing to a new process, you first need to fully understand what fundamental issues you are trying to address, and why they exist to begin with. Then you can take a blueprint for a new approach — whatever it might be — and assess it against how it will address the issues you’ve identified. That’s what we’ve done here in this three part series with Rolling Forecasts, and you can use it as a model for assessing any approach you may be considering.