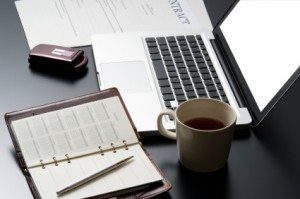 Someday we’re going to make our budget process better… somebody should really do that.

I know firsthand that leading an effort to redesign the planning process and getting internal support for the resources required to do that isn’t easy. Often times there is no money set aside for an effort like that, and nobody’s pulled together a formal project. You’re starting from scratch.

But it can be done. Rather than recount dry statistics or hypothetical situations, let me share a very personal story.

When I was a FP&A executive at Pepsi Cola International we were doing most of our budgeting/planning/forecasting in Excel. Sound familiar? We’d spend days taking data from our general ledger and re-purposing it in Excel for analysis and management reporting. We’d spend much more time than that during the Annual Operating Plan (AOP) process setting up templates, providing historical data, and validating that the spreadsheets were working as they were suppose to without error.

It’s a story you’re probably intimately familiar with. Too much time spent gathering data and crunching the numbers, and not enough time spent on value-added analysis. And as rigorously as we scrutinized the worksheets, the probability for human error was always there.

I was one of many that questioned why we were doing this, and I wasn’t alone in thinking there had to be another way. So why were we faced with a situation like that? Why hadn’t something been done before?

In part, the answer was we were all looking at each other to do something. It was like a crowd passing by litter and saying “Someone should really pick that up.” It was also in part because we simply didn’t know what else we could do; we didn’t know what the options were. And truth be told, we had a boss who wasn’t in the trenches with us every day and didn’t have an appreciation for what we were going through. So he was (at first) reluctant to make any investment to make it better.

What opened my eyes to the possibility of making life better for us was a conversation I had with a colleague in IT. Over lunch I asked him what would be required to produce a monthly variance report using the data directly available in our G/L without any need for Finance to manipulate the data, or reformat the report to meet the needs of what our management wanted. After some brainstorming we came up with a solution.

That one idea, that one change, saved considerable time for the Finance department and eliminated the chance for human error. But more to the point, it provide a proof point thast enhancing a financial process could deliver a significant return. It added credibility that future investments made in improving the process would clearly pay significant dividends.

So we developed a set of recommendations, and presented them to our executive team. We clearly contrasted “the old world” with the new. We detailed what would be different, how much time savings there would be, and how we could use the time for improved decision support.

The bottom line was we’d be able to do more with less, and be able to raise the bar on the type of analysis and decisions support we could deliver to our internal clients. The executive team didn’t make it easy on us, they asked hard questions, they probed our assumptions, and they made us defend our request. But in the end they agreed, and Pepsi made the investment.

When IT did an analysis a year after implementation to see if our projections held true, they found we had actually underestimated the time savings. That was a great outcome, but what earned the three of us who spearheaded the project a promotion, was the improved decision support Finance was able to provide to our clients. I actually think that wound up meaning more to the senior executives than the time savings.

I don’t know what type of formal or informal approval process you have in your company, but if it’s like anything we had at Pepsi, you need to be prepared. But the good news is that even if there is no current project underway, and no money set aside, you make it happen.

Someday is now, and Somebody is you.