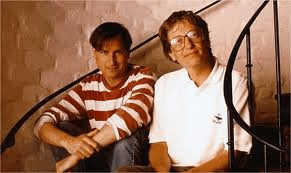 According to a recent survey (multiple surveys in fact) most organizations are still using Excel for budgeting. Part of the explanation for that, of course, is “it’s free”. But it’s also because we in Finance have a bias for spreadsheets. No self respecting accountant or finance professional would back down from the challenge of building a budgeting process using Excel (Bill Gates is smiling, I can feel it).

But the key question, if you are planning on involving people outside the finance organization, is “what does everyone else want?” The knee jerk reaction is to say they’d like a spreadsheet look and feel just as much as anyone in Finance would. But take a step back for a moment and think.

People are surrounded in their daily lives with technology that make truly complex tasks look easy – iPhones, booking a trip on Expedia, using satellite navigation in a car. Or here’s another one… think about about how easy the benefits enrollment process is today if your company uses an online service. In the old days, say before 2002, someone from Human Resources would come by with a clip board and ask you a bunch of questions, then enroll you in a family plan even though you’ve never been married. Today you go online, answer a few questions, and get just what you want (or at least what you asked for).

Since we’re talking about an inherently complex financial task (budgeting) let’s look at an analogy that’s closer to home – completing your tax return. In the old days, you had to fill out a paper form which required looking up a lot of formulas and giving your calculator a real workout. If you think you know where I’m going with this – hold on.

Some clever accountants came along and devised an electronic 1090 Tax return that replicated exactly what you saw on the tax form itself, but had built in calculations. The paradigm was simple. Give people what they are already familiar with — the 1090 tax form — just make it electronic. They were convenced they’d become millionaires. Instead they went broke. Accountants may have liked an electronic 1090 tax Form, but apparently nobody else did.

Michael Chipman had a different idea. A graduate from the U.S. Air Force Academy with a degree in Computer Science, Chipman spent five years in the basic research arm of the Air Force, attaining the rank of Captain. Following that, he spent a number of years as a research scientist working in the area of computational physics, principally at Science Application International in La Jolla, Calif.

Smart guy. And smart enough to know that while accountants might be familiar with the 1090 tax form, nobody else was (or even wanted to be). So rather than just replicate the form electronically, he threw it away and replaced it with plain English prompts and selections. He brought a Steve Jobs mindset to the problem when everyone else was channeling Bill Gates.

The application he developed is TurboTax, which he eventually sold to Intuit. Now Michael is the owner of the Arizona Diamondbacks (not a bad job if you can afford it).

So, getting back to budgeting. Do your users want a spreadsheet to do their budgets… or would they prefer something more along the lines of TurboTax?

PS Okay, want to know what Bill Gates and Steve Jobs really thought of each other?

Gates: Steve Jobs was “fundamentally odd,” and “weirdly flawed as a human being”

Jobs on Gates: “He’d be a broader guy if he had dropped acid once or gone off to an ashram when he was younger”

Gates on Jobs (again): “He really never knew much about technology, but he had an amazing instinct for what works”