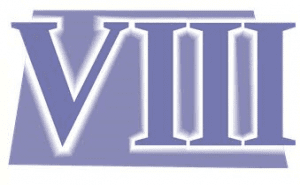 When I was a Manager of Financial Planning & Analysis for Pepsi in New York we experienced some challenges with our planning process. Doesn’t everybody? I thought these struggles were localized, so when I took a two year assignment with Pepsi in Europe, I thought I’d see a different set of issues. I didn’t. They were the same.

When I followed one of my old bosses to Reader’s Digest I found a company that was different from Pepsi in every way. Except for the struggles they had with planning and budgeting.

Fast forward. I helped develop and lead a practice area for Deloitte Consulting in performance management. I worked with hundreds of clients, helping them improve planning and budgeting. I saw the same issues again and again, and began to appreciate how common they are.

How common is common? See if you recognize yourself or any of these issues in your organization. If you do then you might want to check out a pretty interesting video on how to fix them.

Lack of confidence in the numbers (broken links, miskeyed formulas). Finance’s credibility rests on the accuracy of roll ups and reporting, which can be fragile if it’s based on linked Excel spreadsheets.

The Finance team spends their time setting up templates, validating formulas and links – instead of on value added analysis. Excel templates don’t just create themselves.Somebody has to construct them, usually by starting with what was done last year and adding or deleting accounts, modifying links, swapping out last year’s data for this year’s data. I make all that sound easy but anyone who’s done it knows how time consuming it is.

Version control – there is no one version of the truth. With so many spreadsheets floating around… so many submissions … keeping straight what the latest or final version is… is next to impossible.

There is a wide range of skill level & familiarity with Excel and budgeting in general among Budget Holders. Some people really know Excel well and felt very comfortable using it for budgeting. Others may know Excel, but don’t necessarily like it. And then there are people who rarely used Excel and are flustered by it. Those are the people that require a lot of hand holding, or that Finance simply gives up on and jumps in to do their budgeting for them.

Lack of documentation to capture & communicate the rationale behind the budget. Our clients told us that too often the budget was just a number appearing in a budget template. There was no written explanation, no line item detail building up the budget, no visibility into the assumptions driving the budget. Just a number on a spreadsheet.

Monthly spreading is often just “divided by 12” which creates timing variances. IfActuals reflect seasonality and the budget does not, you’ll waste a lot of time investigating what turns out to be timing variances.

Salary Planning is separated from the rest of the budget process, making it hard for a manger to see “all the pieces of the puzzle” at once. Salary Planning spreadsheets are often too complex and too confusing for the managers – and frankly it would be too easy for them to mess something up — so someone fromH/R or Finance steps in to do it for them. The consequence was that managers feel even further removed from the process, and adds to the negative impression of budgeting as a black box.

Miscommunication… Misinterpretation… Misunderstandings. All of which leads to “That’s not my number.”

They say a problem well defined is already half solved. If you want to see the other half of that equation check out the video below to see some specific recommendations on how to overcome these challenges.